1、Turn on the machine

a. feeding: according to the requirements of the slitting plan, in accordance with the operating procedures of the crane, according to the actual situation, lifting the corresponding mother roll on the aging frame, according to the corona surface inside and outside the selected direction on the slitting machine to put the roll on the frame, and clamping the steel core with the control button, leaving the steel core support arm and crane.
b. wear film: when the slitter without film, shall wear film. Using the slitter through the film device and function keys, the original film end tied in the wear film chain ring eye, start to wear the film button, so that the film along the slitting process to flat distribution on the rolls.
c. Join the film: when the slitter has a membrane, change the volume of the joint, the use of vacuum jointing table, first start the jointing table to the working position, the first traction rollers on the slitter manually to spread the film flat and open the upper vacuum pump suction film, so that the film is smoothly adsorbed on the jointing table, put on double-sided tape and cut off the excess film under the tape, the film on the release frame flat and start the lower vacuum pump so that the film is smoothly adsorbed, take off the tape on the paper layer and Take off the paper layer on the tape and level the bonding film, the joint should be neat and wrinkle-free, then turn off the upper and lower vacuum pumps, and open the film jointing table to the non-working position.

4、Fourth, start the machine to run

a. Change the specifications, put the paper core on the inner and outer winding arms, and notify all the personnel to leave the machine when the pressure roller is in the ready state for operation.
b. the main operator ANTI-STAIC BARS on the AUTO, READY TO RUN open, start MACHINE RUN start machine operation.

6、Sixth, the receipt of material

a. When the film roll runs to the set length, the equipment will stop automatically.
b. During the operation of the equipment, you can press MACHINE STOP to stop according to your needs.
c. When it is necessary to stop quickly, press the MACHINE STOP key for more than 2S.
d. When there is an emergency such as equipment or man-made accident, press EMERGENCY STOP for emergency stop.

a. Ensure that the voltage, current and hydraulic pressure are correct and stable before starting the machine.
b. Before the equipment is ready to run, all personnel must be notified to leave the equipment to ensure personal safety before starting the machine.
c. When the slitting machine is running, do not touch the running film roll or roll core with your hands to avoid personal injury caused by hand involvement.
d. During the operation, do not use knives or hard objects to scratch or cut the roll cores. 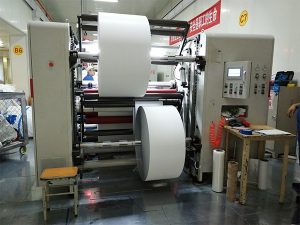 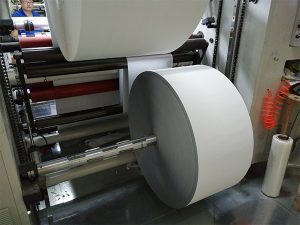 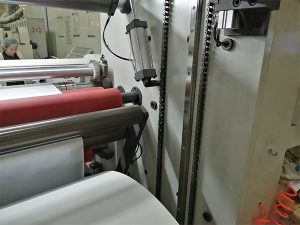 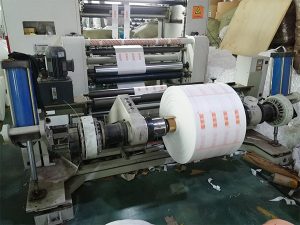 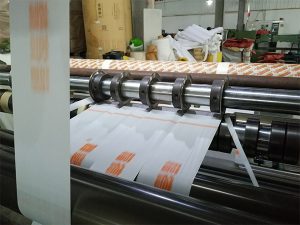 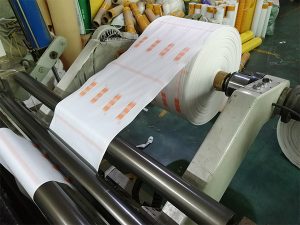